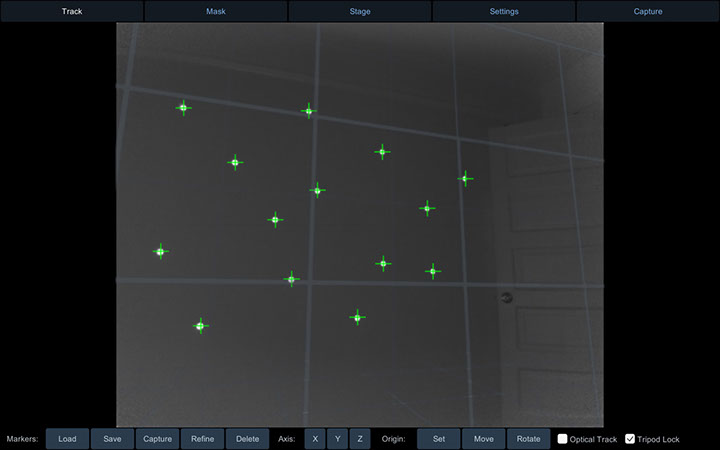 The Tracking Menu lets users create and load "marker sets". Marker sets are files that describe all of the static markers within a scene. Once a marker set is created or loaded NextStage will automatically begin tracking the Kinect’s position and rotation.

Lets users select from a list of previously created marker sets. These files are located in the main NextStage Directory under NextStage Data -> Common -> MarkerSets

Creates a new marker set and captures any retroreflective markers within the Kinect’s field of view. NextStage will keep capturing markers until Capture Markers is pressed again.

Refines captured markers by averaging samples captured from multiple positions. Samples will only be taken from the center of the Kinect’s field of view. Any markers not samples will be deleted. 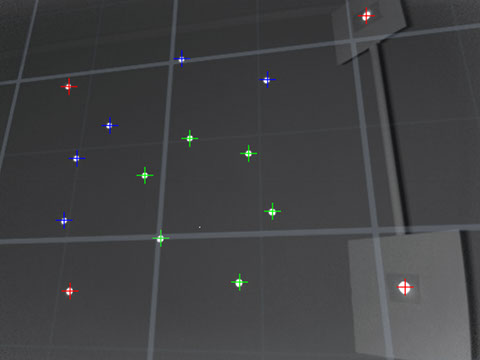 Markers being sampled will appear blue. Markers with sufficient samples will appear green.

If two markers are selected the axis will be the line that runs between the two points. 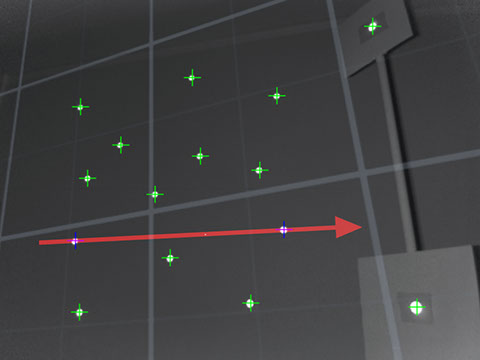 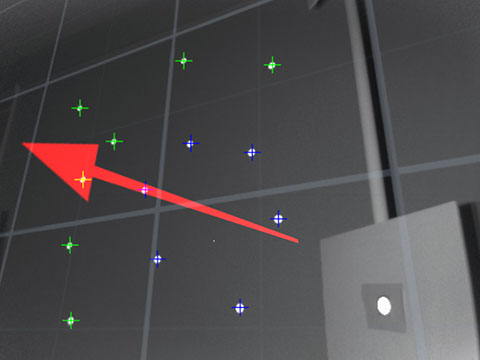 Sets the marker set Origin Point to the selected marker. If multiple markers are selected, the origin will be set to the average position of the markers.

Lets you manually position the marker set using a 3D gizmo. You will need to press Move Origin again to exit this mode. 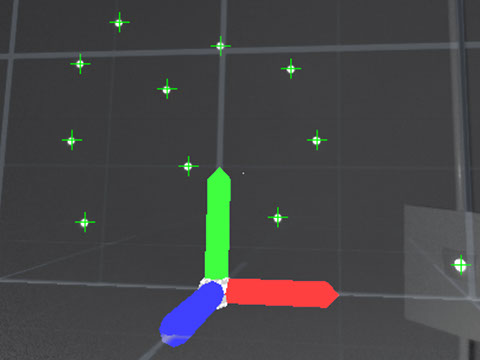 Lets you manually rotate the marker set using a 3D gizmo. You will need to press Rotate Origin again to exit this mode. 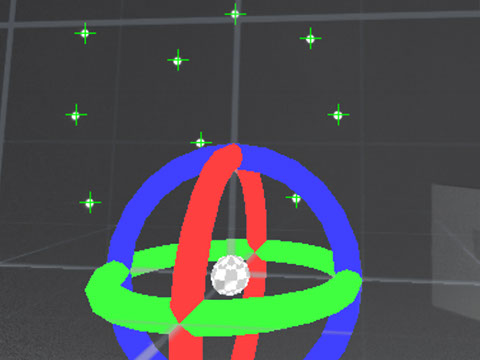 Optical Track is a feature in NextStage Pro uses an alternative algorithm for estimating the Kinect's pose. This algorithm can produce better results for smaller scenes and when tracking objects closer to the camera, but causes more jitter when rendering far away virtual objects.

Tripod Lock is a feature in NextStage Pro that will automatically detect when the Kinect is static, and smooth the tracking data.